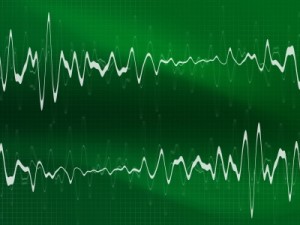 In the Bigfoot Recordings it is our desire that you discover this story to be as fascinating to hear and review as we had experienced it. The account is true and the recordings have actually been time-tested by science. The primate articulations were caught under nighttime conditions in an extremely remote hunting camp in the High Sierra Mountains of California. Although there were numerous engagements, these creatures were clever enough to have escaped camera verification; however, the hunters had occasional visual confirmation of just what was making the sounds– very big, really fast and really agile for their size.

The Bigfoot Recordings were the focus of a yearlong study at the University of Wyoming. An expert paper was written detailing their examination and analysis. The paper was presented at an academic seminar at the University of British Columbia in 1978, and subsequently published by the University Press in a 1980 anthology, “Manlike Monsters On Trial.” In essence the paper concluded that the sounds were spontaneous and happened at the time of recording. There was no evidence of prior recording or tape performance manipulation.

Scott Nelson, a retired U.S. Navy Crypto-Linguist with over 30 years’ experience in Foreign Languages and Grammar, consisting of the Collection, Transcription, Analysis and Reporting of voice communications, after his evaluation of the Bigfoot Recordings, stated the following in 2008: “We have validated that these creatures use language, by the human definition of it. The analysis is finished, although I am still working on parts of the last review such as regularity count tables, morpheme lists, etc.”.

We recommend you listen to Volume 1 initially, which was produced in 1996. It includes the guttural sounds, whistles, and rapid-fire vocalizations captured by Alan Berry in 1972. Two years later, in the same remote camp, Ron Morehead recorded the creatures’ noises on Volume 2; produced on CD in 2003. Nonetheless, these uncommon sounds suggest an even more articulated effort by these creatures to communicate, and could have been an effort to decrease their rapid-fire garble to something identifiable to the men. Volume 2 includes rhythmic pounding, whooping and seemingly unintelligible phase-like utterances.


The Book “Voices in the Wilderness”

A followup to the Bigfoot Recordings was produced in 2012. Composed by Ron Morehead, this book gives his 40-year chronicle investigating this enigma. While evaluating this book we suggest leaving any sort of bias behind and use the small nuggets of details as a tool, which may further your opportunities of an encounter while in the woods.