Looking Back at Invisibility 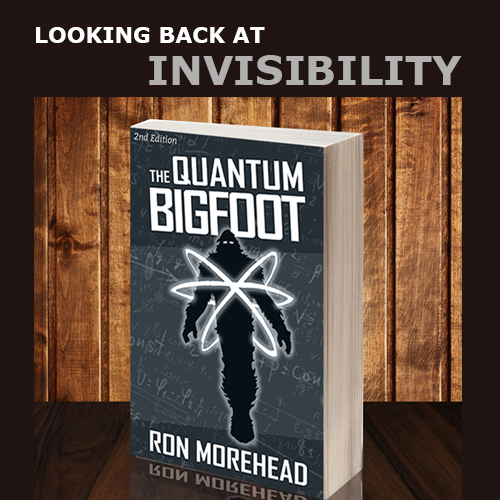 Several encounters report bigfoots disappearing in plain sight. Have those bigfoots really left or have they only become invisible? There is a difference and even native legends are specific about young bigfoots cloaking. The legends say young bigfoots are tested with the ability to cloak before they graduate to adulthood.

Can science explain invisibility? The short answer is yes, invisibility is basically just bending and redirecting light, the same principle a magician crafts when using mirrors on stage. In fact, we have known about refraction technology for almost 2,000 years. Most recently, we have been able to create new fabric-like materials that allow us to bend light to create cloaks that allow a full-sized person to disappear.

These examples may be science catching up to ancient wisdom. There are many accounts of invisibility in the past. Starting with the Vedas, then Hindu priests, and yogis. The list is not limited to the East, there are medieval references of invisibility performed by sorcerers and magicians.

In Ron Morehead’s 15th chapter, Invisibility, we learn all aspects of invisibility from classical science to quantum mechanics. Most importantly you learn of a Native American tale of how young bigfoot are taught invisibility as they mature into adulthood.

How does Sasquatch seem to disappear in thin air? Did they teleport or did they just make themselves invisible? Find out in Ron Morehead’s The Quantum Bigfoot. The Quantum Bigfoot is available in print or get it instantly as an e-book through digital download.