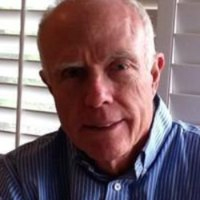 Dr. Rodney Lynn Kirlin was a Professor of Electrical Engineering at the University of Wyoming from September 1968 through December 1986. His research included hearing testing using EEG signal and sonar array processing. Learn about Dr. R. Lynn Kirlin’s report on the Sierra Sounds below.

Dr. Kirlin’s complete report on the Sierra Sounds was given at a UBC Conference held in Vancouver, BC, in 1978. It was subsequently published in a book, “Manlike Monsters on Trial,” UBC Press. The following are excerpts from that report.

Having analyzed a tape-recording of purported Bigfoot speech using accepted techniques of signal processing, the authors conclude that the means and ranges of the recorded pitch and estimated vocal tract length of the speakers indicate that the sounds were made by a creature with “features corresponding to a larger physical size than man.” They also conclude that the tape shows none of the expected signs of being prerecorded or rerecorded at altered speed and hence diminish the probability of a hoax.

Assuming 5’11” to be the height for an average man, 115 Hz his average pitch, and 17.8 cm his average tract length, the creature or creatures on the recording, using all data shown, may be estimated to have a proportional height of 7’3” by pitch or 6’$” by tract length. Data from the “grr” or growl sounds alone shows quite different means, and yield heights of 8’@” by pitch and 7’4” by tract length.

The results indicate more than on speaker, one or more of which is of larger physical size than an average human adult male… The formant frequencies found were clearly lower than for human data and their distribution does not indicate that they were a product of human vocalizations and tape speed alteration. Although a time-varying speed could possibly produce such formant distributions, an objective hearing and the articulation rate do not support that hypothesis… It is hoped that the remaining uncertainties will not be considered reason for dismissing the recordings. The possibilities for prerecording are many, but there is no clear reason to believe it is likely. If Bigfoot is actually proven to exist, the vocalizations on these tapes may well be of great anthropological value, being a unique observation of Bigfoot in his natural environment.