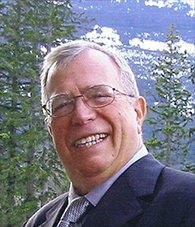 Al Berry, a former officer in Vietnam, was responsible for fostering the original study of the Bigfoot Recordings at the University of Wyoming. Al held a Master of Science degree.  In 1971 he was the investigative reporter that was allowed to trek into the Sierra camp. Although he was seeking a hoax, he failed to find one. To his dying day he thought it would have made the story even more interesting if he could have discovered how anyone could have pulled this off.  Al wrote about his account in 1976 (Bantam book, “Bigfoot”), co-authored by Ann Slate. The first three chapters are dedicated to the Sierra camp encounters.  Al Berry wrote the narrative for the “Bigfoot Recording,” available on CD or Digital Download. Read how Al Berry got involved with the Bigfoot phenomenon, below.

“A number of years ago, I was a newspaper reporter and a freelance journalist, and had the questionably good fortune to encounter Bigfoot, as the phenomenon is called. At a remote deer hunters’ camp in the Sierras, I and several other men were witness to a ‘presence,’ if you like, of several creatures who were crafty enough to avoid observation, but freely vocalized and whistled, several times, without doubt, to us, and left big prints of bare feet around in the snow and pine mat. Things like this happened not once in my presence, but several times, from late September through the first week on November when a heavy snowfall drove us out of the 9,000-foot-high wilderness area.

“I hiked into this camp with pre-knowledge that the hunters claimed strange things had happened there, beginning the previous season. I backpacked with a state-of-the-art Sony portable tape-recorder, some plaster of Paris, and my wits, thoroughly convinced someone was pulling someone’s leg, that it might be mine, and that I would expose the hunters’ ‘mystery.’

“The first time ‘in’ nothing happened, but I saw some inordinately large, but old, toe-ball-and-heel foot impressions at a sandy location. They seemed static, but I didn’t dismiss them. I rather figured this was evidence that the finger pointed back at one or more of the hunters and some jest.

“The second time in, things were different. As dusk became dark night, something approached camp from a ridge above, rapping on wood or rocks as it came, and when it arrived, two voices that I could discern, it vocalized, and the sounds carried through the trees as I have never heard human voices carry every before or since. And it whistled, a clear, beautiful whistle like a bird might make, between its kind, and at one point back and forth with us.

“This encounter went on for nearly an hour and a half, and another followed on the second night, and there were other encounters I can attest to later that season. I was able to get reasonably good tape recordings of the sounds and interaction, and we cast several of the foot impressions, both in pine mat and snow. I looked high and low for evidence of the joke, including searching the others’ belongings while they were away hunting. I wasn’t a novice investigator of facts, but I came home stumped, basically with nothing to write about until the story unraveled by itself or I helped in with further research and investigation.

“I pursued the matter to an end in 1978, when Dr. R. Lynn Kirlin, then at the University of Wyoming, and a Norwegian graduate student of electrical enginineering, Lasse Hertel, presented their findings of the sound recordings at a University of British Columbia symposium entitled ‘Anthropology of the Unknown.’

“By this time I had taken a fair amount of ridicule and scorn from the academic community in an effort to enlist scientific interest. At least one prominent scientist, Dr. Phillip Lieberman, then of the University of Connecticut, who is an expert in primate vocalization, at least of the Rhesus monkey, at first offered help then accused me of being a former student whom he had flunked to was trying to discredit him. Another PhD on the West Coast whom Kirlin referred me to used the recordings in his classroom as an example of how clever people can be when it comes to hoaxing others. His name was Minifie, University of Washington, as I recall. I have no quarrel with these folks, really.

But the mystery remains. The tapes remain open to challenge, and a lot of questions and answers remain.”

Learn more about the Bigfoot Recordings and order your own copy at: ronmorehead.com/about-bigfoot-recordings/