Author/Adventurist Ron Morehead, producer of the Sierra Sounds, has been known for decades for his world-wide research into the Bigfoot/Sasquatch phenomenon. To date, he comes closer than any other researcher to having a complete body of evidence. The Sierra Sounds are the only Bigfoot recordings that have been scientifically studied, time-tested, and accredited as genuine. Ron has documented his personal interactions with these giant beings and produced his story on a CD and also in a book, “Voices in the Wilderness.”
Click to Read Ron's Latest Research 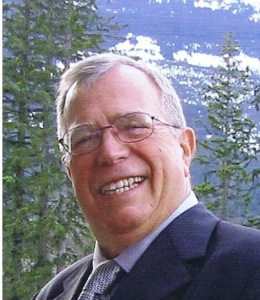 Al Berry, a former officer in Vietnam, was responsible for fostering the original study of the Bigfoot Recordings at the University of Wyoming. Al held a Master of Science degree.

In 1971 he was the investigative reporter that was allowed to trek into the Sierra camp. Although he was seeking a hoax, he failed to find one. To his dying day he thought it would have made the story even more interesting if he could have discovered how anyone could have pulled this off.

Al wrote about his account in 1976 (Bantam book, “Bigfoot”), co-authored by Ann Slate. The first three chapters are dedicated to the Sierra camp encounters.