About the Author – Voices in the Wilderness 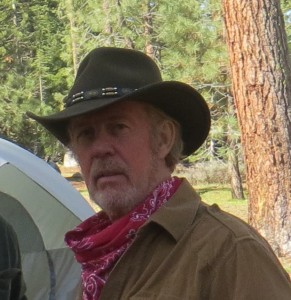 Ron Morehead is an adventurist, a positive “someone” who loves life, but often lives it on the edge. As a SCUBA diver he swam with the hammerhead sharks, has been filmed in Mexico’s Pacific Ocean riding the backs of giant manta rays, and been a safety diver for the filming of Right whales in Patagonia.

As a private pilot Ron has flown his own aircraft from the Alaskan bush to the Costa Rican jungle. Besides travelling to the ancient Mayan civilizations in the Yucatan he has also flown into a remote jungle area of Chiapas (Southern Mexico) on an anonymous Mayan discovery expedition. What he saw was thought to be one of the last remaining strong-holds of the Mayan people.  He has ventured into Western Nepal’s Suklaphanta Wildlife Reserve to help assess the tiger population, explored the jungles of Bardiya on elephants, and been in the wilderness of Siberia looking for evidence of the Russian Yeti. In 2013 he ventured into Peru to investigate the mystery of elongated skulls and the enigmatic structures associated with the pre-Inca people. The many reports of Bigfoot having a sagittal crest lead him to wonder if these creatures could be associated with the elongated skulls of the ancient people in Peru.

Over the years Ron has been interviewed by several radio programs and has been televised by the BBC and other learning channels. He was a guest speaker at the Darwin Museum in Moscow (Russia) and for years he has given presentations at symposiums and conferences about his Bigfoot/Sasquatch experiences. He has openly shared his knowledge and accounts with others. His book, “Voices in the Wilderness,” chronicles his 40-years of researching the enigma. He has produced two CDs with actual Bigfoot vocalizations, focusing on the interaction he and others had with these forest giants.

As a successful businessman, and a father of four, his entrepreneurism has afforded him the time and means to do many things. He doesn’t consider himself an active participant in a man-made religion, but is deeply spiritual, and yet he can be a classic bad-boy. Besides being a gifted entertainer-musician, his incredible life as a speaker has taken him worldwide.

Unlike most of our culture, Ron has learned to live with nature on its terms and not attempt to conquer it. His story about Bigfoot/Sasquatch is a chronicle that has drawn much attention over for over four decades. It’s a true story and he says that it’s been the biggest adventure of his lifetime.

As an independent and free spirit, Ron (my dad) has had, and is still having, a remarkable life – anything but ordinary – that’s for sure.