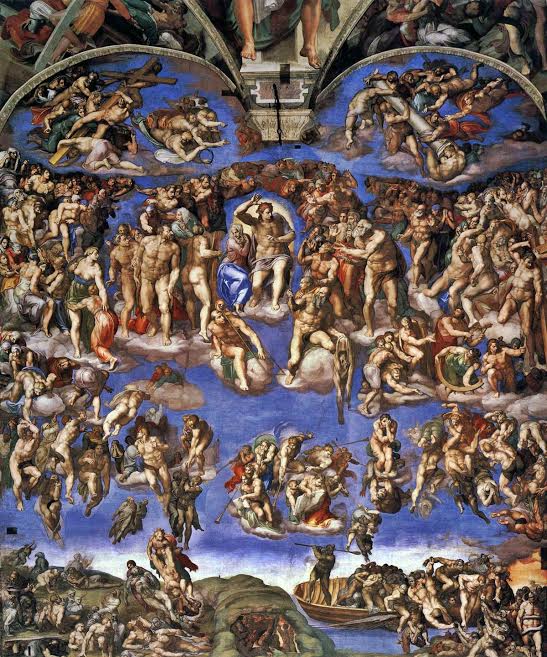 Are you in the ‘Ape Camp’? Do you think that Bigfoot is probably just another ape that needs discovering? You may want to consider this article and re-evaluate that thought…especially if you’re getting frustrated in the age-old way of searching for Bigfoot and it’s not getting you anywhere.

Researchers knock on trees, sound-blast screams and yells, or whoop all over the hillside trying to get the attention of a Bigfoot. Professional trackers experience track-ways left by these creatures that abruptly end, highly trained dogs will not pick up the scent, or if they do they usually don’t come back. If what you’re doing doesn’t get the results you want, change what you’re doing…it’s that simple. Folks who claim to be researchers discount those surreal accounts that don’t fall into their preset paradigm. Is it time to reach beyond Newtonian rules of classical mechanics, and delve into a science that was established almost 100 years ago by Einstein, Born, Heisenberg and Schrödinger? The world has become dependent on this hidden micro-world science, yet its properties are not thoroughly understood…if you can’t see it, it aint there…right? Wrong. We use cell phones, microwave ovens, computers, etc…all of which are brought to us through quantum mechanics. Quantum physics is a subset of quantum mechanics.

Professional researchers have found evidence of quantum coherence in living organisms. It has been found in our sense of smell, in the parts of bird’s brains responsible for navigation and in plant photosynthesis. However, the world of quantum physics has been locked in mathematics. It’s accepted worldwide by physicists. We don’t see it, but it’s ever present in our lives. We get that feeling that something is wrong, the phone rings and Aunt Marybell Sue was in a car wreck. You have a déjà vu …this has happened before. Without knowing it, could psychics actually be relating to folks from a quantum level?

Some of us researchers are in the dark ages of science. I think it’s time to move forward and consider what it is that gives Bigfoot his unusual abilities. Is there a race of giants that have inherited the ability to move into the macro-world with quantum physics? In the past, while interviewing purported Bigfoot accounts I’ve discarded those that say they saw the creature disappear. Many have told me that unusual lights, orbs or UFO’s, are present when they witnessed a Bigfoot. Advanced technology might seem paranormal to many, but it has previously been on earth as can be readily seen all over South America.

What’s considered paranormal today, with knowledge, will become normal tomorrow. So, if you choose to follow this line of thought, how do we change our methods of research into the Bigfoot phenomenon?

Number One; if you think you might be able to claim the 10 million dollar reward by the use of your high powered gun, put it away…if these creatures are what I’m alluding to that won’t work.

Number Two: You don’t have to be a physicist to understand enough about quantum physics to realize it could very well be our answer to the understanding of how Bigfoot might operate.

Number Three: These entities will make contact with you on their terms and in their time…unless, of course, you’re lucky like Roger Patterson and Bob Gimlin and get a picture of one (Patterson/Gimlin film, 1967). Set up camp in a remote area where other humans are not likely to be around. Be consistent and predicable. Don’t try to set up traps…their cognizance will outshine you on that level. They are part human. What the other part is might be something to consider, and then think a little on whether or not you really want to make contact with them.

So, should we be afraid…just what could Bigfoot be anyway? The remains of giants have been found on earth before. Most of us know about Greek mythology regarding aliens copulating with human women who then gave birth to a half god-half human, e.g., Zeus, Hades, Poseidon, Hercules, and so on. They supposedly had great powers and supernatural abilities. And most of us know of the biblical accounts of the same type of cross-breeding. If we are to believe there is a core of truth to these stories, could Bigfoot be a diluted remnant of these and have inherited some of their quantum abilities.

We all know of the different accounts of the great flood in ancient texts. According to some of these texts it was brought about because of the infection of the human genome (man, God’s special creation) by aliens, e.g. the Nephilim, half alien-half human. That being said let’s move forward to Isaac’’s wife, Rebekah, and the twins she gave birth to. The first boy was Esau, who was red and hairy (Gen 26: 24-26). The second was Jacob, who was loved, but Esau was hated (Romans 9: 13)…why? As the story goes, Esau gave up his birthright to Jacob, eventually moved, and became the patriarch of a race of bearded, red-haired, nomadic people. Because of the ‘red’ they were called the Edomites (Edom meaning red). Recently one of my colleagues pointed out that the Edomites were depicted in Michelangelo’s painting of The Last Judgment, in 1541. At the bottom of the painting you’ll see the hairy Edomites in a cave…hmm, any connection?

Now the big question; can two eggs in a woman’s uterus be fertilized by two different males at the same time? The answer is ‘Yes’. One in 400 sets of fraternal human twins is bipaternal (www.babycenter.com). So my theory, which is shared by a few others, is that an alien (Lucifer), trying to corrupt the human genome again, fertilized one of Rebekah’s eggs and Esau was the result. This would have created a human hybrid and Bigfoot just might be a remnant of that.

Bottom line; these creatures (Bigfoot/Sasquatch) have quantum abilities because their ancestral father was alien (nuDNA, Lucifer). Their ancestral mother was human (mtDNA, Rebekah). They are a diluted remnant of alien intervention into God’s creation. Esau took his wives from Canaan…the land of giants. Why would an alien (Lucifer) go through the trouble of, again, trying to infect the human genome, post flood…maybe to prevent an uncontaminated birth of a very special being to be born hundreds of years later?…that very same individual who would keep God’s creation pure and allow us to be what He created us to be (1 Peter 2:9).

There are many theories regarding Bigfoot, this is just one. If the accounts are true regarding UFO’s being sighted around these creatures perhaps aliens are still working the earth, altering the DNA of a great ape…there is a reason…
–Ron Morehead