Challenged by skeptics, but time-tested by science, these accounts bring to the reader an exciting report of unsurpassed vocal interaction between humans and Bigfoot. Take the journey into this unsurpassed phenomenon and decide for yourself; is Bigfoot real, or just the product of a colorful imagination.

This is a CD Combo set that contains:

Volume 2 CD is 40 minutes. Produced in 2003. Written, produced and narrated by Ron Morehead. It features rhythmic rapping-pounding sounds, and almost understandable phrases emanating from these creatures. 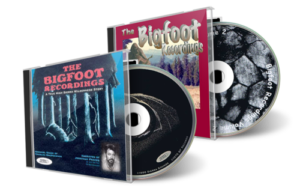